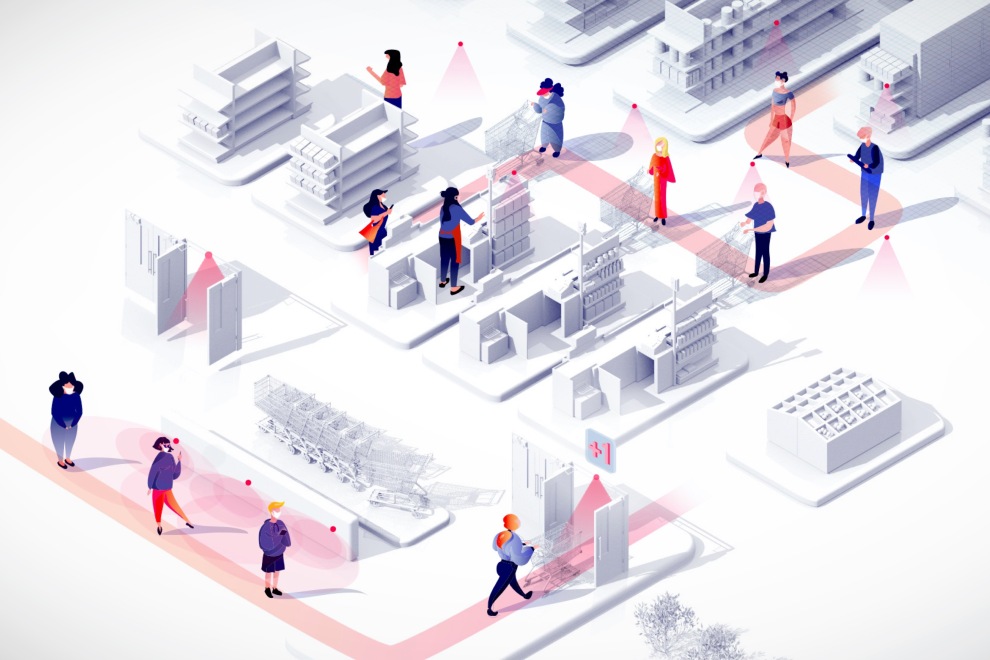 One little-known home and retail automation startup might seem like an unlikely candidate to help combat the ongoing pandemic. But its founder says its technology can do just that, even if it wasn’t the company’s original plan.

Butlr, a spin-out of the MIT Media Lab, uses a mix of wireless, battery-powered hardware and artificial intelligence to track people’s movements indoors without violating their privacy. The startup uses ceiling-mounted sensors to detect individuals’ body heat to track where a person walks and where they might go next. The use cases are near-endless. The sensors can turn on mood-lighting or air conditioning when it detects movement, help businesses understand how shoppers navigate their stores, determine the wait-time in the queues at the checkout and even sound the alarm if it detects a person after-hours.

By using passive infrared sensors to detect only body heat, the sensors don’t know who you are — only where you are and where you’re heading. The tracking stops as soon as you leave the sensor’s range, like when you leave a store.

The technology is in high demand. Butlr says it’s delivering its technology to some 200,000 retail stores, not least because it’s far cheaper than the more privacy-invading — and expensive — alternatives, like surveillance cameras and facial recognition.

But when the pandemic hit, most of those stores closed — as effectively did entire cities and nations — to counter the ongoing threat from of COVID-19. But those stores would have to open again, and so Butlr got back to work.

The company quickly rolled out new software features — like maximum occupancy and queue management — to help stores with sensors already installed cope with the new but ever-changing laws and guidance that businesses had to comply with.

Let's connect.
Thank you! Your submission has been received!
Oops! Something went wrong while submitting the form.